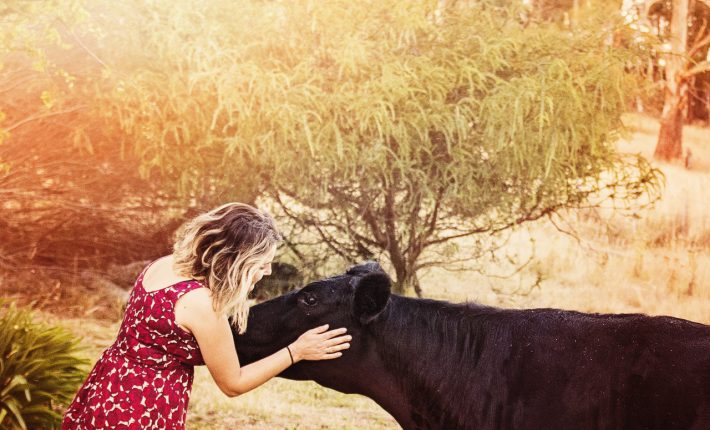 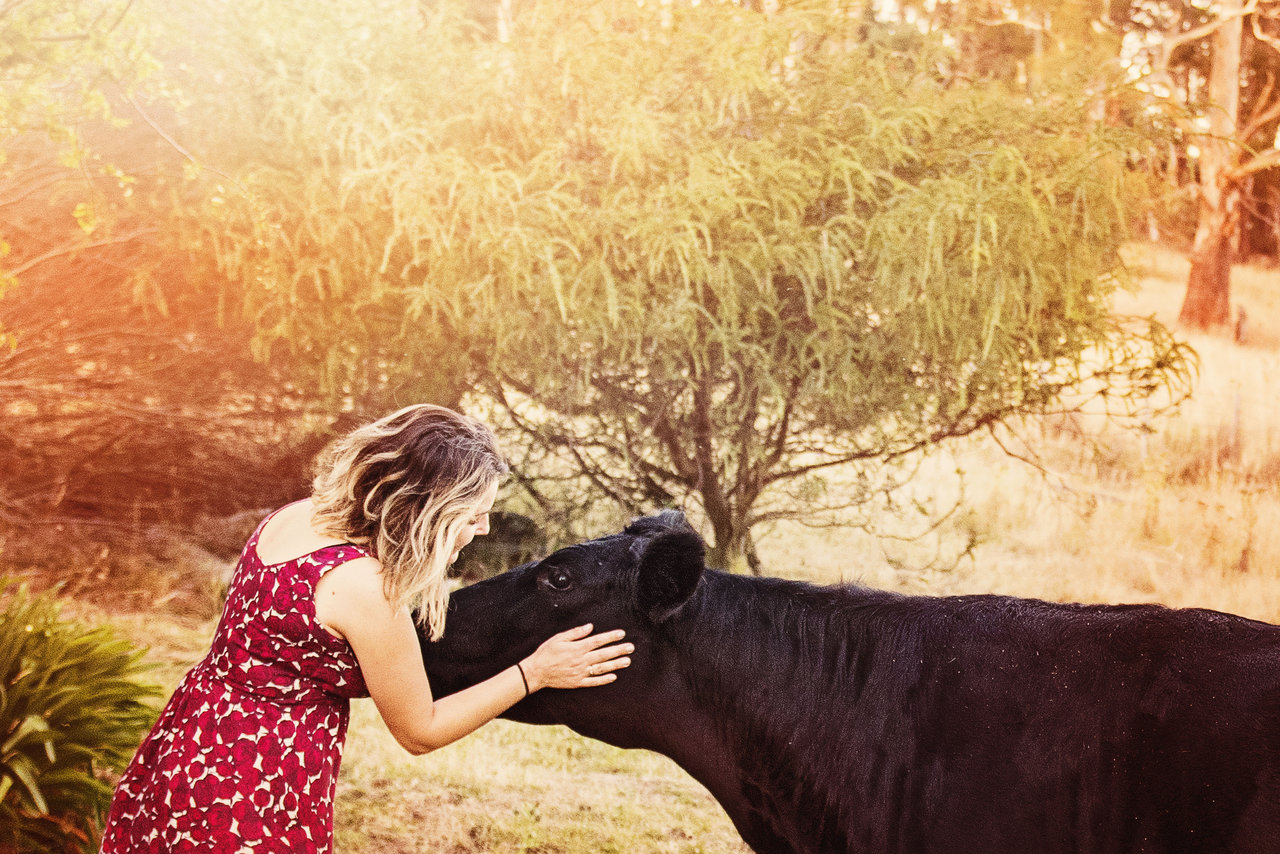 A vegan diet does not contain any animal products – no meat, fish, eggs, dairy or (in most cases) honey – but instead consists of plant-based foods. People who become vegan for ethical reasons also do not use any items that are derived from animals, such as leather, wool, fur or feathers, and do not use products that have been tested on animals. For most people who follow it, veganism is really a lifestyle, supporting the belief of doing as little harm as possible.

If you had told me years ago that I would one day become a vegan, I would snort and say “Yeah right!” So why did I do it? For the animals, first and foremost, but also for my health and the environment (you can read more details about these in my post on the three main reasons people go vegan).

The term “vegan” was coined in 1944 by Donald Watson when he co-founded the Vegan Society in England. Donald was an animal advocate and a “non-dairy vegetarian.” He took the first three and last two letters of the word “vegetarian” to create “vegan”, to differentiate from those who didn’t eat animals, but still consumed eggs and dairy.

Donald noted the following: “We can see quite plainly that our present civilization is built on the exploitation of animals, just as past civilizations were built on the exploitation of slaves, and we believe the spiritual destiny of man is such that in time he will view with abhorrence the idea that men once fed on the products of animals’ bodies.”

The Vegan Society later clarified the meaning of the word vegan: “A philosophy and way of living which seeks to exclude – as far as is possible and practicable – all forms of exploitation of, and cruelty to, animals for food, clothing or any other purpose; and by extension, promotes the development and use of animal-free alternatives for the benefit of humans, animals and the environment. In dietary terms it denotes the practice of dispensing with all products derived wholly or partly from animals.”

So what does that mean – “for the benefit of humans, animals and the environment”?

Most people care about their health, and want to be healthy for as long as possible – both for themselves and for their loved ones. Eating a plant-based diet has numerous scientifically proven benefits; it has shown to be protective against and thereby lower the risk of getting certain cancers (particularly colon, breast, ovarian and prostate), as well as heart disease, stroke and type 2 diabetes. Plants also lack the antibiotics and growth hormones that are routinely fed to animals raised for food.

We love our pets, and many would identify themselves as animal lovers – most people have (or have had) some sort of animal companion, whether it be a family dog or cat, guinea pigs, ferrets or hamsters, horses or other creatures. We are appalled when we learn about inhumane treatment to dogs, cats and even wildlife, and donate to shelters and rescue organizations. Yet every day, farm animals are being abused and killed on a massive scale – and they do not receive the protection and outrage we offer to the ones we keep as companions.

Every day we try to live “green” – we recycle, we drive electric cars, we tote reusable grocery bags to the supermarket. But despite these efforts, animal agriculture is destroying the planet and wasting our dwindling resources at an alarming rate. It is one of the major driving forces behind climate change, as well as deforestation, species extinction and ocean destruction. Refusing to participate in the production of meat, fish, eggs and dairy is one of the greenest things you can do in your day-to-day life.

While it may be challenging to do initially, going vegan is incredibly rewarding. Knowing every day that the choices you make when purchasing food and other items are conducive to your own optimal health, better treatment of animals and the future of the planet is an amazing feeling.

More and more people are embracing this lifestyle, and the options available now are endless – from vegan cheeses and mock meats that taste more and more like “the real thing”, to the discovery of foods and cuisines you may have never experienced or even heard of before. By making gradual changes and taking it step by step, you’ll be pleasantly surprised to find that aligning your lifestyle and food choices with the things you believe in is so much easier than you would have ever thought possible.