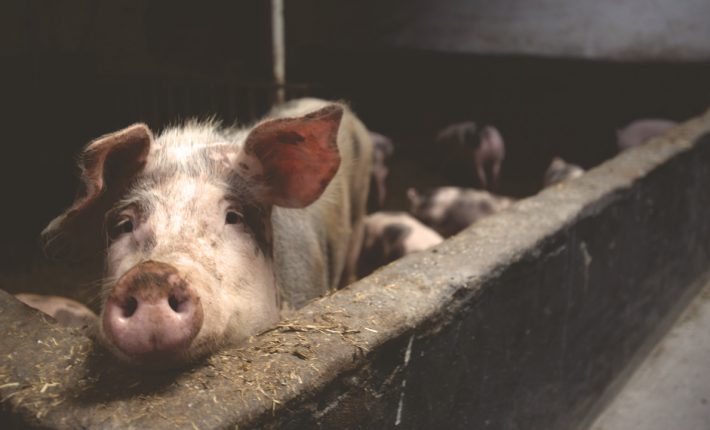 People switch to veganism for various reasons. The majority do it for ethical concerns, to aid in preventing animal exploitation. Some become vegan in diet only (plant-based) due to health or environmental concerns. Often people who eat plant-based for their health or the planet eventually learn about the reality of animal agriculture and begin eschewing animal-derived clothing and other products. Many vegetarians also progress to veganism once they learn of the animal abuse in egg and dairy production.

Below is a general overview on each of the three major issues that cause people to go vegan. I’ve only just touched on these topics here; an abundance of detailed and specific information can be found online (you can view my Resources page for links as well).

Animals raised for meat, eggs and dairy are kept in filthy, unnatural conditions and forced to endure unbearable pain and suffering during their short lives. Modern meat animals are raised in factory farms/CAFOs (Concentrated Animal Feeding Operations), where they are forced to live in crowded and inhumane environments. For all of them, the natural length of their lives is shortened substantially when they inevitably go to slaughter.

Egg laying hens (“layers”) usually live in battery cages – tiny wire cages usually stacked and kept in sheds, where for about two years the chickens live packed in so tightly together they can barely move. Although many eggs are now labeled “free range” or “cage free”, the USDA guidelines for what is required to meet these standards are still very bleak, as well as poorly regulated.

Pigs are also kept in extreme crowding conditions, and female pigs (sows) are kept in gestation crates where they can barely move and cannot even turn around – all they can do it lie down or stand facing one direction. They live this way for several years before being sent to slaughter.

Dairy cows live their lives as milking machines – but they cannot produce milk unless they have babies. They are artificially inseminated repeatedly for this purpose, and not long after they give birth their babies are taken away from them. The female calves are raised into the same fate as their mothers, while the male calves are placed into small, restrictive enclosures called veal crates where they endure their short lives.

All the animals we raise for food or products endure horrible mistreatment throughout their existence, and are not afforded the protections that our companion animals receive. Unfortunately, even the Humane Methods of Slaughter Act (which only applies to mammals; chickens and turkeys are exempt) does not guarantee that they are at least treated well in the moments before death, due to the hectic nature of the slaughterhouse, the speed at which the workers must perform and the lack of enforcement by the USDA.

Animal agriculture is one of the main contributors to the destruction of the planet. Forests are being destroyed at a rate of 4,500 acres every hour, primarily to clear space to raise animals for humans to eat. In 2006 the United Nations Food and Agriculture Organization published a report called “Livestock’s Long Shadow” which noted that 30% of Earth’s land mass is used for for growing crops and grazing for animals. Deforestation also has an enormous impact on eliminating habitats for wild animals, including endangered species.

Farm animals must consume calories to grow; at least 70% of the grain grown in the US is fed to farmed animals – a markedly poor use of resources when you consider the huge impact providing this food directly to people would have on eliminating hunger. They also use an enormous amount of water – the average cow can consume as much as 20 gallons of water a day. As much as 2000 gallons of water go into making one gallon of milk.

The animals we eat also produce an abundance of excrement, methane and ammonia. Per the Environmental Protection Agency (EPA), approximately 80% of the ammonia emissions in the US come from livestock waste. The same United Nations report mentioned above notes that animal agriculture is responsible for 18% of the total greenhouse gases world-wide – more than all the cars, trucks, planes and ships in the world combined.

Fishing is also destroying the oceans; these boats are trawling the seas, dragging enormous nets along the ocean floor. This not only destroys environments, but picks up anything in its path, including turtles, dolphins and other sea life (bycatch). Fish farms are not much better – they cause ecological dead zones, and just like animals in CAFOs they are given antibiotics to prevent the spread of sickness. Some scientists estimate that the majority of the world’s oceans will be devoid of fish by 2048.

The number one killer of people in the U.S. is heart disease, and has been for some time. Heart disease is caused primarily by high blood pressure, obesity, and cholesterol. Plant-based foods do not contain cholesterol – only animal foods do. Additionally, a link has been discovered between meat consumption and an increased risk of type 2 diabetes. Thus, a plant-based diet can significantly reduce the risk of type 2 diabetes, stroke and cardiovascular disease, and has been linked to a reduction in colon, breast, ovarian and prostate cancer as well.

Animals bred for food are also routinely fed antibiotics to prevent the spreading of illnesses due to the cramped conditions they live in. It is estimated that over 80% of the antibiotics in the US are fed to factory farmed animals. Animals are also given hormones (such as rBGH) so that they grow or produce milk much faster than is natural or normal.

In 2009, the American Dietetic Association released this statement on vegetarian and vegan diets:

“It is the position of the American Dietetic Association that appropriately planned vegetarian diets, including total vegetarian or vegan diets, are healthful, nutritionally adequate, and may provide health benefits in the prevention and treatment of certain diseases. Well-planned vegetarian diets are appropriate for individuals during all stages of the life cycle, including pregnancy, lactation, infancy, childhood, and adolescence, and for athletes….The results of an evidence-based review showed that a vegetarian diet is associated with a lower risk of death from ischemic heart disease. Vegetarians also appear to have lower low-density lipoprotein cholesterol levels, lower blood pressure, and lower rates of hypertension and type 2 diabetes than nonvegetarians. Furthermore, vegetarians tend to have a lower body mass index and lower overall cancer rates.”

The images of happy cows on milk cartons and smiling pigs on bacon packages are designed to shield the consumer from the harshness of reality and distance them from the fact that these are living, feeling creatures who don’t want to suffer and die. With the advent of factory farms, costs in animal production have been reduced by the implementation of automation, and the removal of any kind of veterinary care or natural environments for the animals – all of which increases efficiency, for the goal of making more money as quickly as possible.

Over 56 billion farm animals are killed by humans every year – excluding fish, as they cannot be measured as individuals; the numbers are so large they are measured in tonnes. We are wasting resources on an impossible scale, and not only is it unnecessary and unsustainable, it’s cruel to the animals and bad for our bodies.

What can I do?

Going vegan is the best thing you can do to stop supporting the violence and destruction caused by the industry, with the added benefits of improved health and decreased environmental impact. It’s remarkably easy nowadays to embrace this lifestyle, which has only continued to become more mainstream in recent years. Plus, with the increased advent of vegan products, stores and restaurants, most new vegans find that rather than feeling restricted, they discover new foods and add to their diets much more than they omit.

Veganism is not about sacrifice; it’s about making a choice to challenge what is considered acceptable and normal, and to live aligned with your beliefs. Making the switch offers peace of mind in the knowledge that you’re doing your best to live as healthy, cruelty-free and green as possible – for yourself, the animals, and the future. 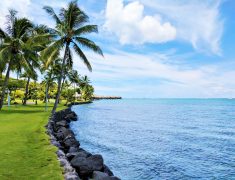